The consumer electronics leader Samsung announced that its subsidiary Samsung Vietnam is building a new Research and Development Center in Southeast Asia in Tay Ho Tay urban area, Hanoi. The company will invest approximately $220 million for new R&D Center in the country.

Center for Research and Development of Vietnam will have 16 floors, 3 basements and is expected to be completed by the end of 2022. The Research and Development Center will have modern facilities and equipment for research in the field of mobile and network systems, it will also provide an innovative and friendly working environment along with gym, clubhouse, internal cafeteria and sky garden. 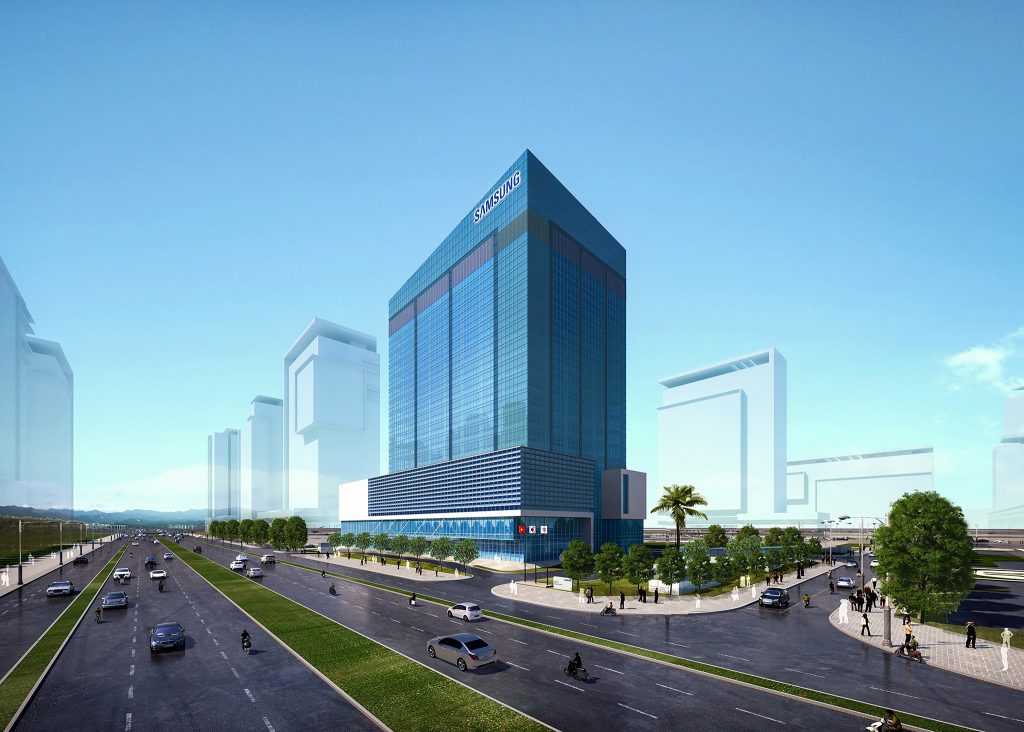 The key investments and partnerships by Samsung are mentioned below:

January 2020: Samsung announced an investment of $500 million in its India operations to set up a new manufacturing facility in Noida, UP. The company at a new facility would produce displays for smartphones and other electronics devices as per Indian electronic market demand.

August 2019: Samsung announced a long-term, strategic partnership with Microsoft to bring seamless productivity experiences across applications, devices, and services. The energetic partnership will continue to expand as Samsung and Microsoft leverage cloud computing and advanced intelligence to deliver rich, unbroken mobile experiences to market in the 5G era.

Samsung is a world leader in consumer electronics & advanced semiconductor technology. The company was founded in 1969 at Suwon, South Korea. Samsung Electronics has more than 216 global bases in around 74 countries of the world, and the company has approximately 309,600 employees globally. The company offers a broad range of products that includes home appliances such as TVs, monitors, refrigerators, and washing machines as well as key mobile telecommunications products like smartphones, bluetooth devices, and tablets. Samsung also provides key electronic components like DRAM and non-memory semiconductors.

Samsung is committed to delivering quality products and services around the globe to enhance the convenience and foster smarter lifestyles for its customers. The company’s research and development team works continuously to improve the global community through ground-breaking innovations and value creation products.